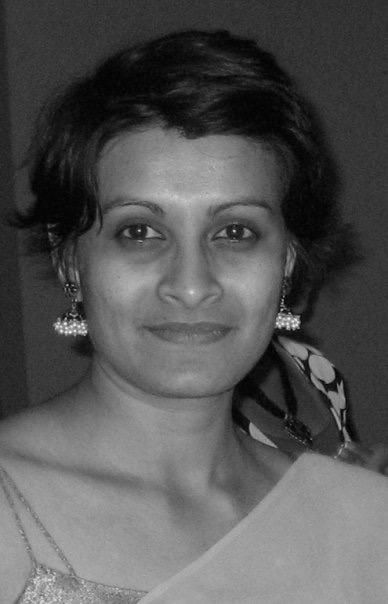 Sai Balakrishnan is an Associate Professor with a joint appointment with the Department of City and Regional Planning and Global Metropolitan Studies at the University of California, Berkeley. Her research and teaching pivot around global urban inequalities, with a particular focus on urbanization and planning institutions in the global south, and on the spatial politics of land-use and property. She is the author of Shareholder Cities: Land Transformations along Urban Corridors in India (University of Pennsylvania Press, 2019), which explores new spatial forms of urbanization along infrastructural / economic corridors in liberalizing India. Her ongoing research works include a book collaboration with Arindam Dutta on the new geographies of inequality in India, and a solo global-comparative research of FAR (floor area ratio) and TDR (transfer of development rights) instruments across Bombay / Mumbai, New York, and Sáo Paulo. 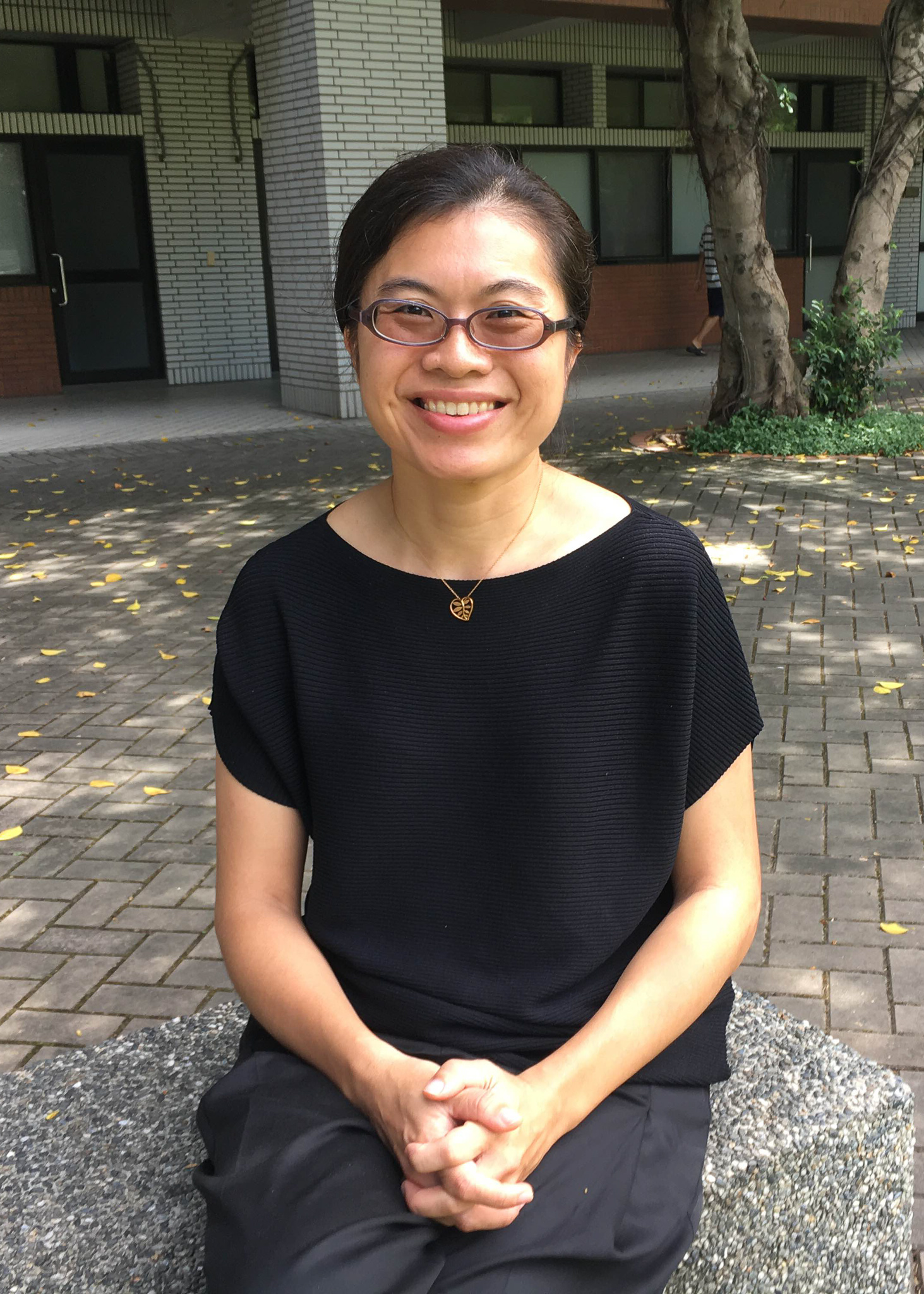 Hsiutzu Betty Chang is an Associate Professor at National Cheng Kung University in Taiwan. Her research focuses on urban design and rural regeneration in general, with a particular interest in evaluation research that investigates the context of local adaptation processes of plan-making and policy formation. Having lived in both Taiwan and the United States, she has recently expanded into comparative studies on development control mechanisms, focusing on policy transfer and its impact on public space and forms of development from an international perspective. 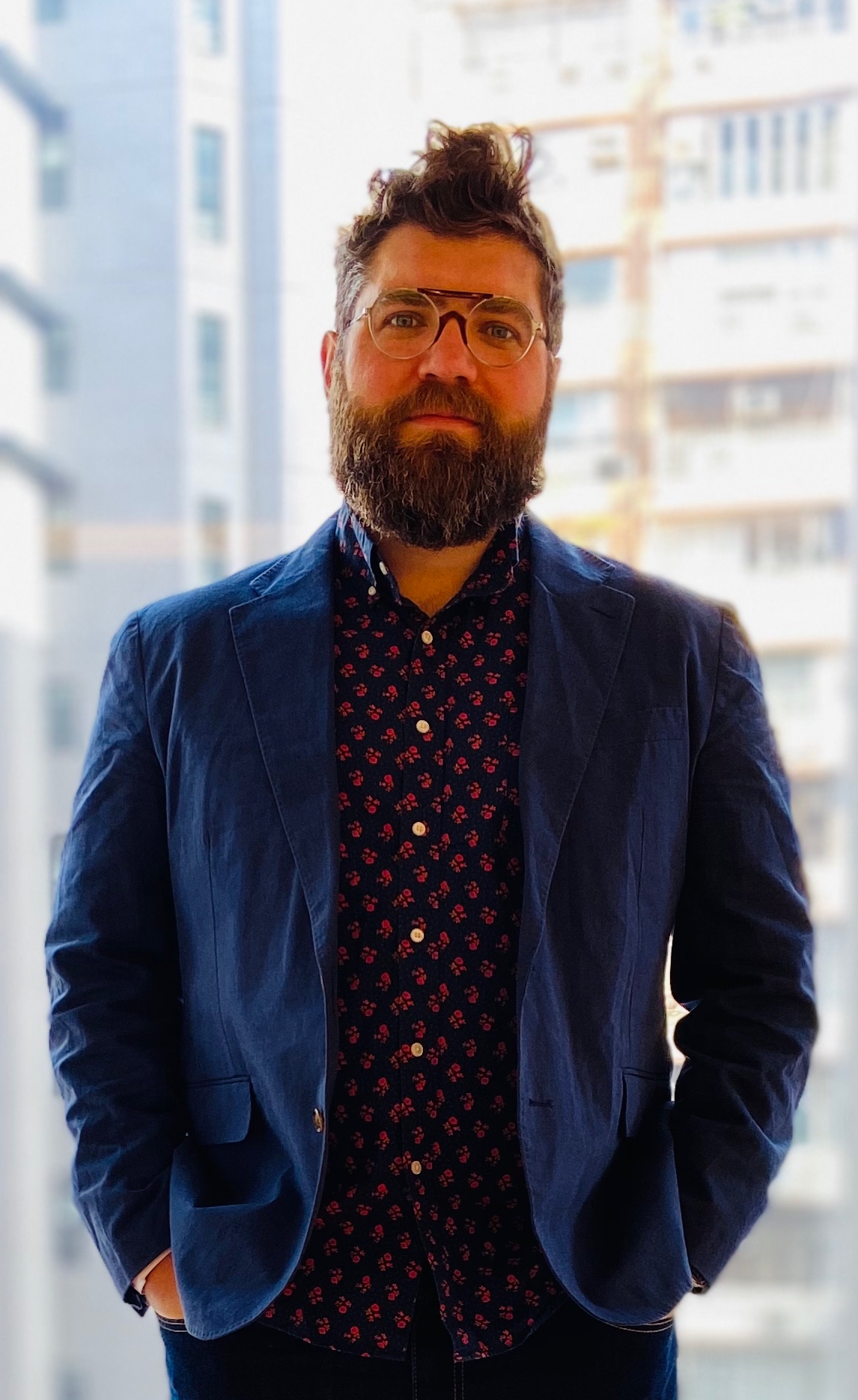 Ben Gerlofs works at the intersection of urban, cultural, political, and historical geography. He is primarily interested in urban change, and his current projects are concentrated around three major foci: 1) the political economy of urbanization in historical perspective; 2) the dynamics of contemporary urban social movements; and 3) processes of neighborhood change, including but not limited to gentrification. His book, Monstrous Politics: Geography, Rights, and the Urban Revolution in Mexico City (forthcoming with Vanderbilt University Press), interrogates the multivalent transformations of the Mexican capital from the last years of the Porfiriato to the present, and he currently at work on several projects in Hong Kong and Singapore that comparatively examine the nature of contemporary neighborhood change through an integrative methodology known as the ‘aesthetic survey’.

Min Jay Kang is an Associate Professor at the Graduate Institute of Building and Planning, National Taiwan University (NTU) and the current Supervisor of OURs (Organization of Urban-Res). He is also the director of Urban Settlements and Landscapes Research Lab at NTU. His research focuses on urban design, urban conservation and regeneration, social housing and co-housing, socially engaged public arts, cultural landscapes and urban ecotones. 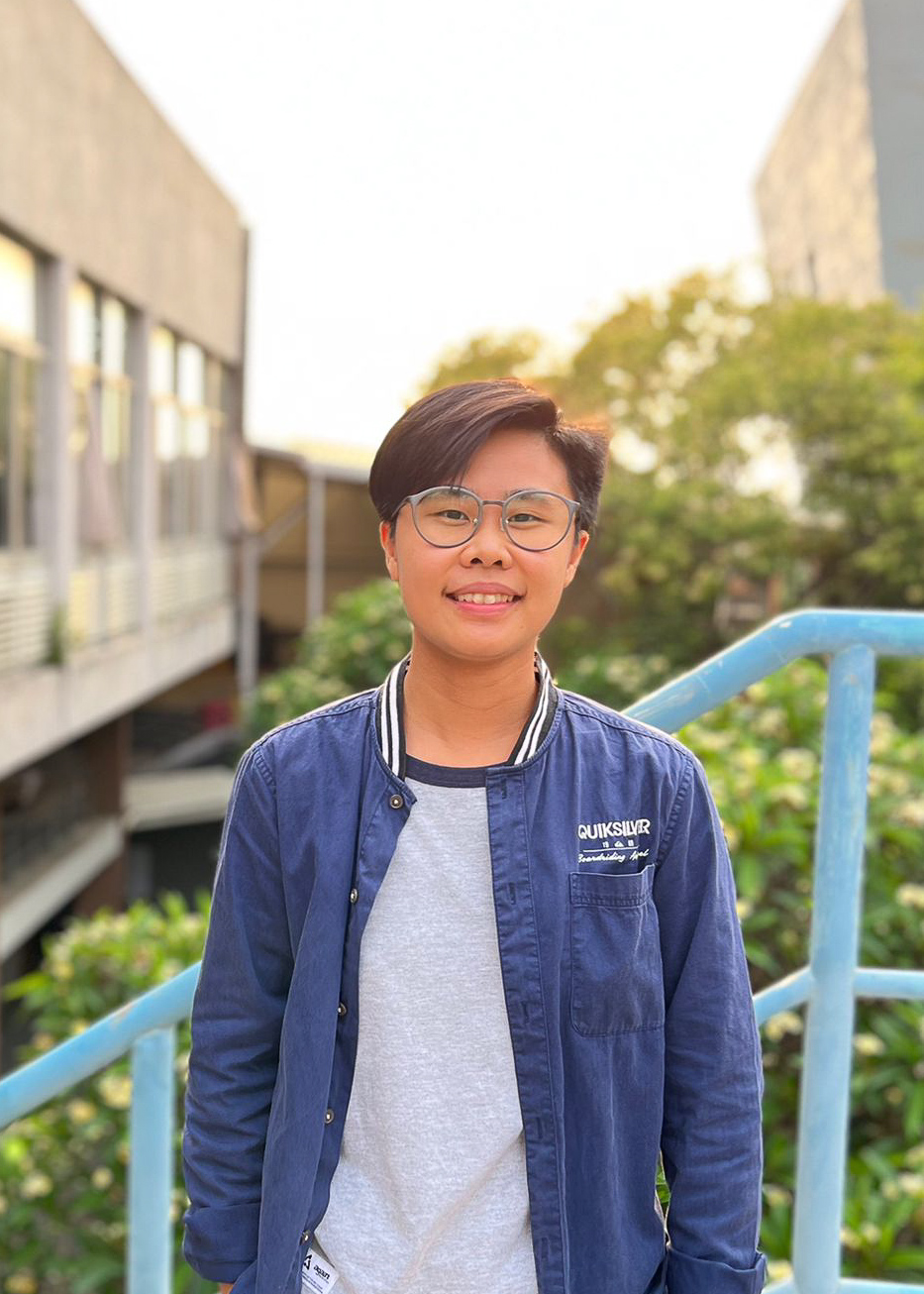 Lap-I Kuok is a Ph.D. student at National Cheng Kung University in Taiwan. Her research focuses on urban history and exploring public participation in the urbanization process during different eras. As a Macanese who studies in Taiwan, she has a keen interest in colonial and post-colonial urban development in East Asia. Currently, she is engaged in research on informal housing in Macau during the 20th century, depicting the role of Macau-Chinese, who were the subordinates of the Portuguese, in the urban development policy formation processes. 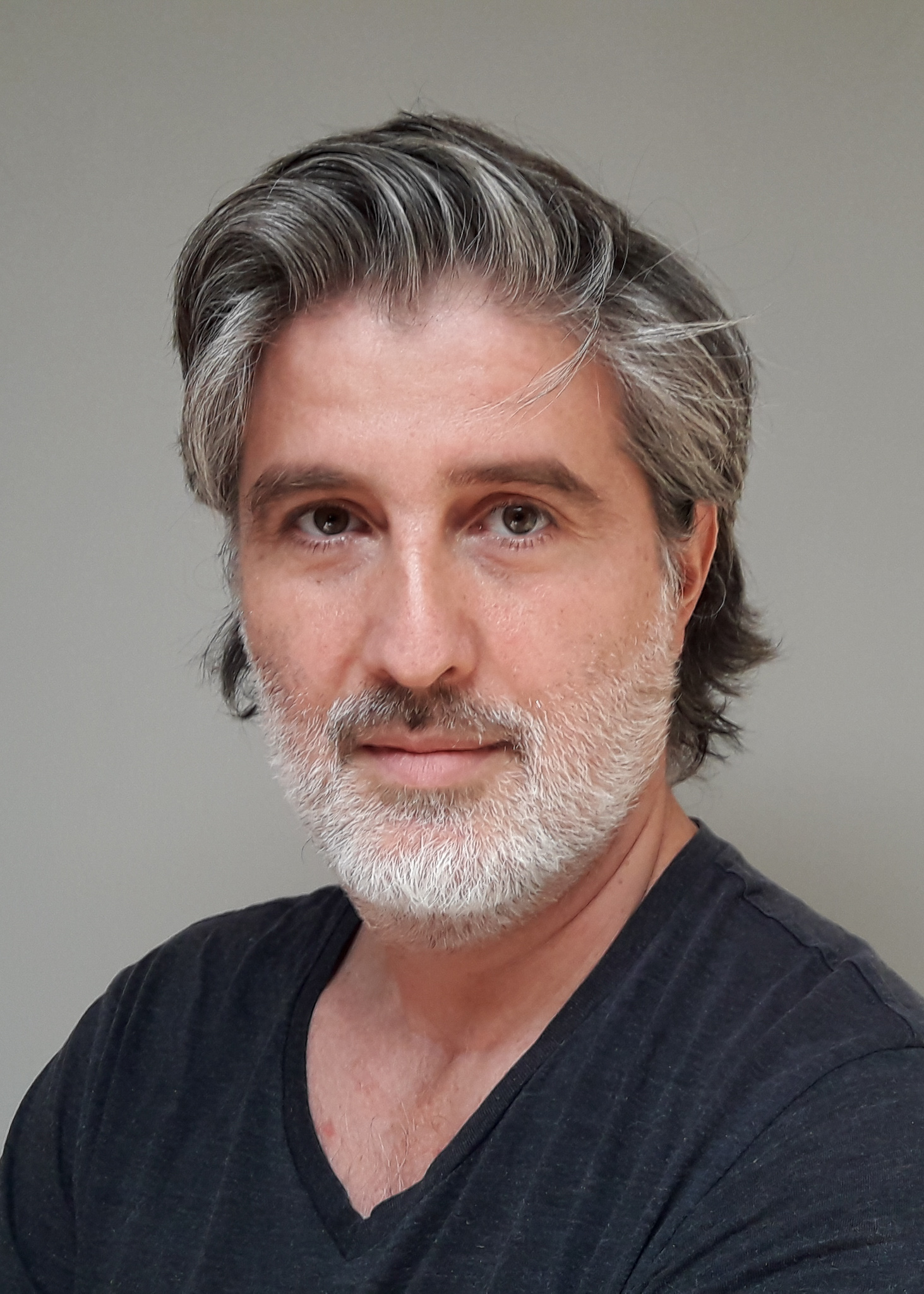 Ernesto López-Morales is a Researcher at the Universidad San Sebastián, Patagonia Campus, Chile. His research approach is critical and interdisciplinary, focused on issues of gentrification, land and housing markets, financialization, anti-displacement social contestation, and counter-hegemonic housing production. He has published several articles, books, and columns, in Spanish, English, and Portuguese. Ernesto has led research projects on gentrification and neighborhood change in Chile, Argentina, Brazil, and Mexico, in collaboration with local scholars and activists. He is currently running a research project named “Housing appreciation in the Greater Santiago Metropolitan Area: Causes, Geographical distribution, and Effects on fertility” supported by Chile’s National Agency of Scientific Research (ANID) along with an interdisciplinary team of researchers and students. 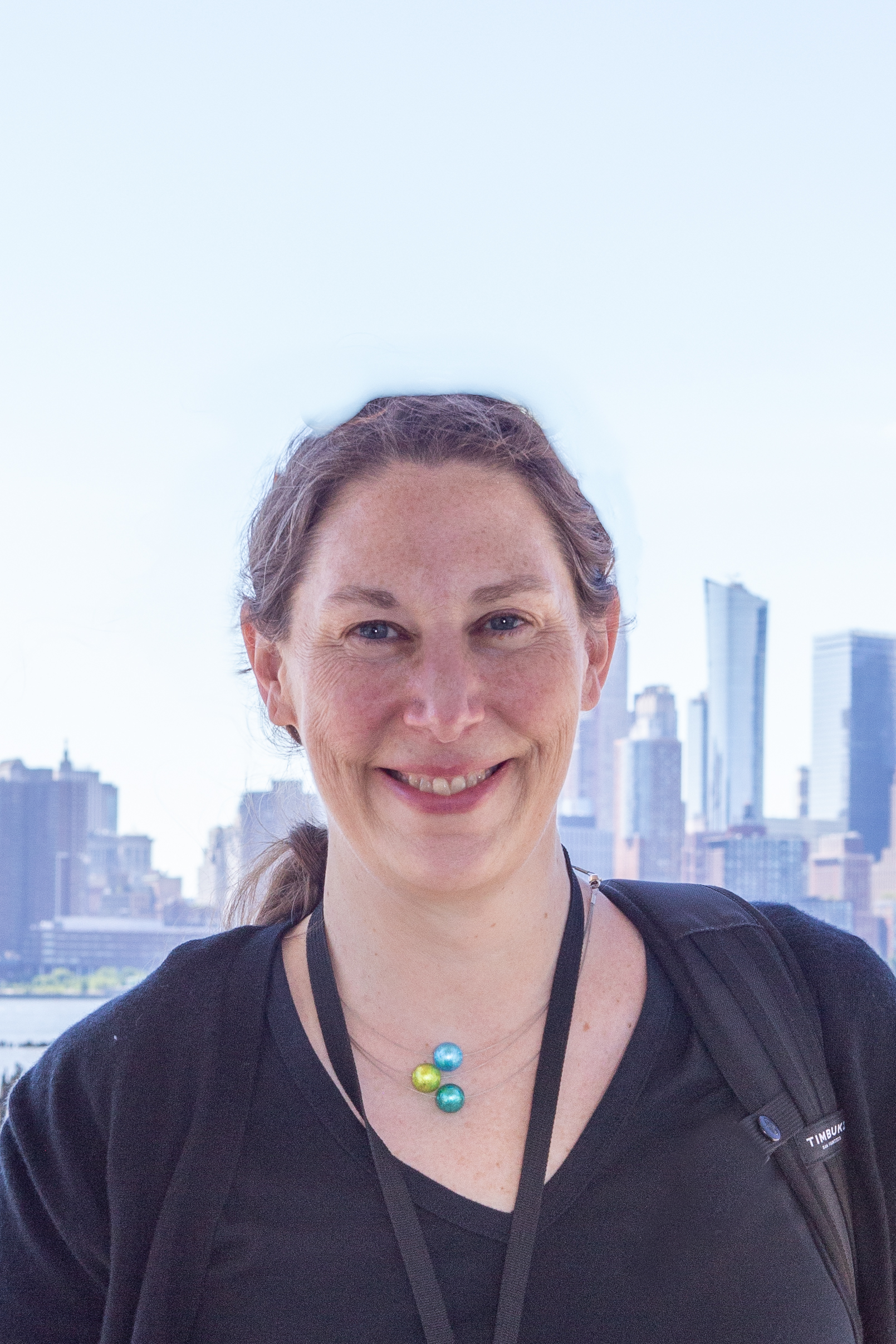 Kathe Newman is a Professor in the Urban Planning and Policy Development Program at the Edward J. Bloustein School of Planning and Public Policy, Program Director of the Urban Planning and Policy Development Program, and Director of the Ralph W. Voorhees Center for Civic Engagement. Dr. Newman holds a Ph.D. in Political Science from the Graduate School and University Center at the City University of New York. Her research interests include political economy and urban change, community food security and social welfare governance, housing insecurity, urban redevelopment, gentrification, and foreclosure.  Dr. Newman has published articles in Urban Studies, International Journal of Urban and Regional Research, Urban Geography, Urban Affairs Review, Urban Geography, Shelterforce, Progress in Human Geography, Housing Studies, GeoJournal, and Environment and Planning A. She is an Associate Editor at Environment and Planning A. 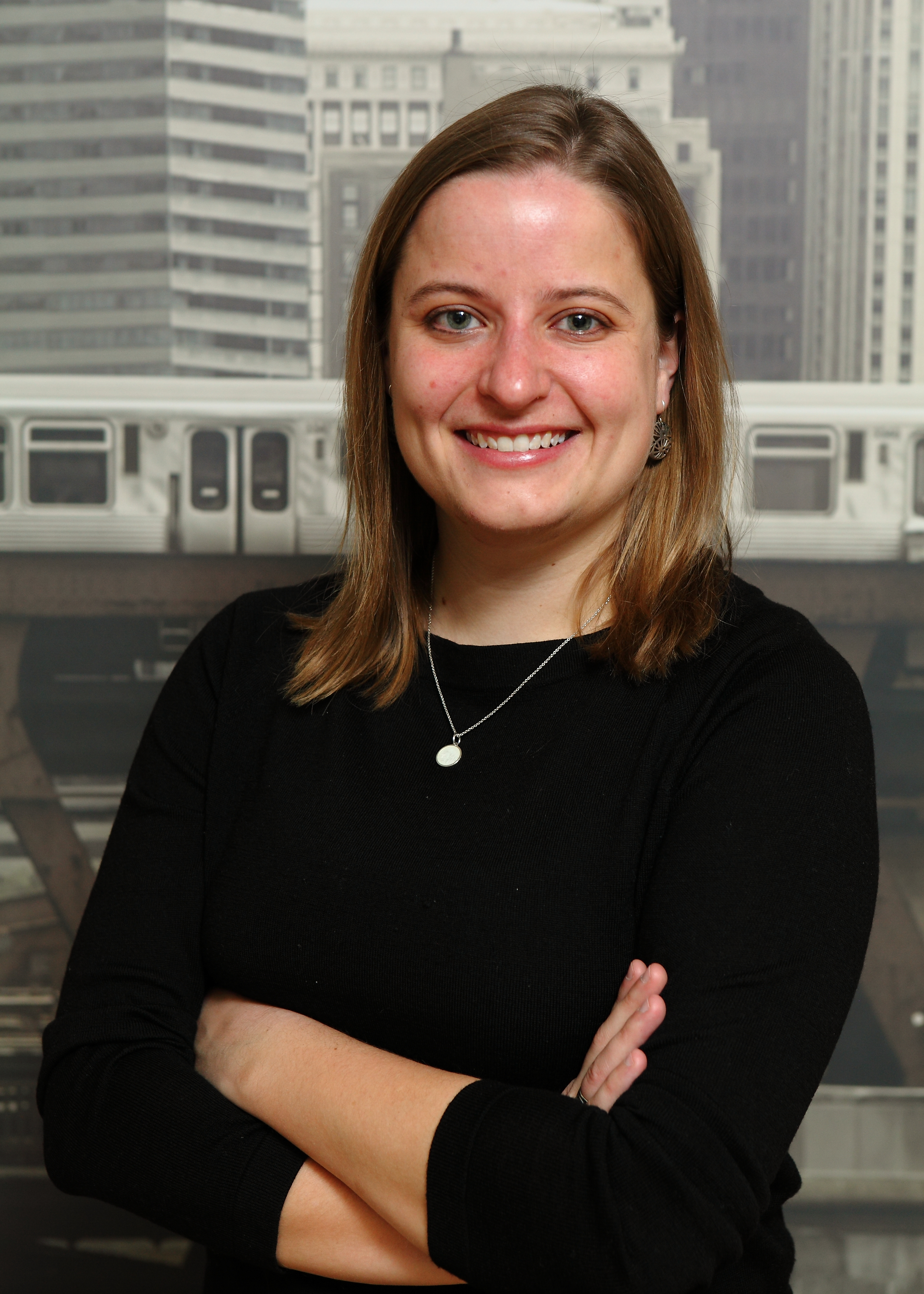 Lauren Nolan, AICP is a doctoral student at the Bloustein School for Planning & Public Policy at Rutgers University. Her research focuses on urban change and inequality. She is the previous Director of Research for the Woodstock Institute, a Chicago-based nonprofit research and policy organization working in the areas of fair lending, wealth creation, and financial systems reform. Lauren holds a Master of City Planning from the University of Pennsylvania and a Bachelor of Arts from the University of Notre Dame. 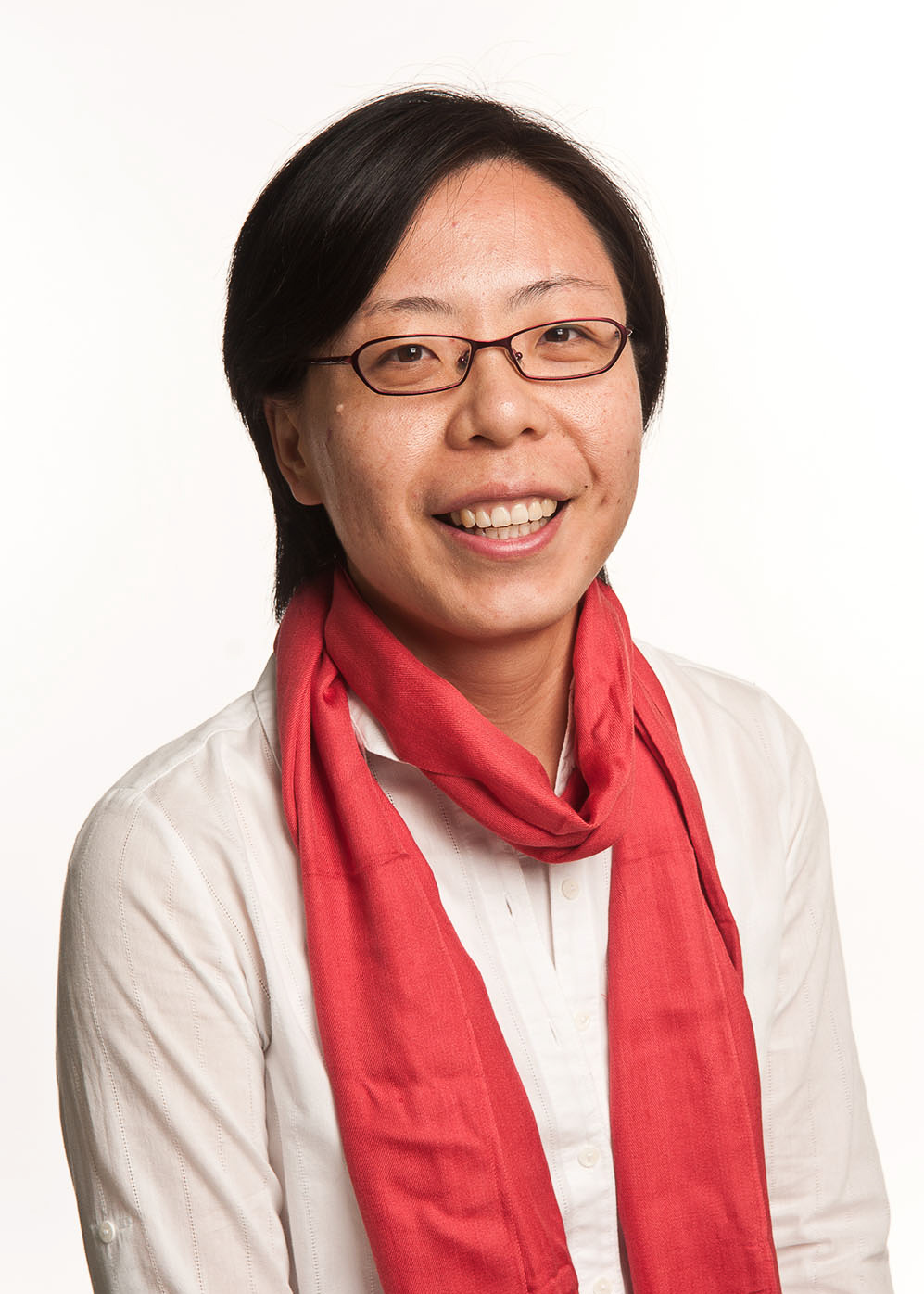 Leslie Shieh is the co-founder of Tomo Spaces, a Vancouver-based firm with a focus on social purpose real estate. She holds a BS in Urban Studies from Cornell University and a MCP (Planning) from University of California, Berkeley. She completed a PhD in Urban Planning from University of British Columbia where her research examined community building and governance under the context of China’s rapid urbanization. Her work in Vancouver combines her extensive experience working in different urban contexts and bringing together research, theory, and practice. She previously served on Vancouver City Planning Commission and Vancouver Urban Design Panel. 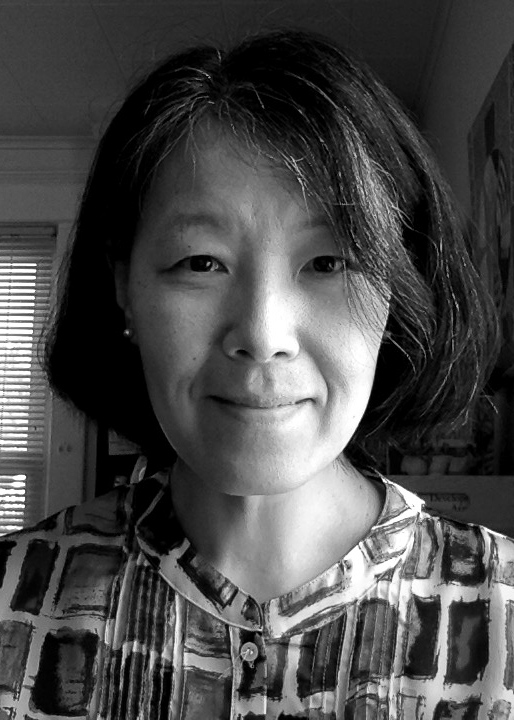 Mi Shih is an associate professor in the Urban Planning and Policy Development Program at the Edward J. Bloustein School of Planning and Public Policy, Rutgers University. Her research includes two major areas. Using mixed methods, the first area explores informal housing, the politics of land value creation and capture, and the relationship between the role of the developmental state and democratic planning in Taiwan. The second area uses ethnographic methods to understand displacement, peri-urban transformation, social and political governance of land conflicts in Shanghai and Guangzhou, China. Mi has published articles in Urban Studies, International Journal of Urban and Regional Research, Planning Theory & Practice, Urban Geography, Journal of Planning Education and Research, Planning Practice & Research, Environment and Planning A. She is currently working on several case studies that explore the intersection between technocratic planning, land politics, and democratic participation in state-led urban development. 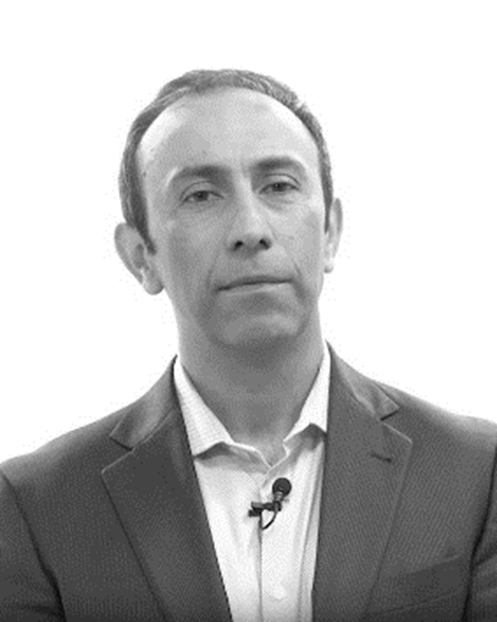 Enrique R. Silva is Director of International Initiatives at the Lincoln Institute of Land Policy. He is responsible for the identification and oversight of existing and new initiatives that leverage the Lincoln Institute’s resources and expand its presence globally. He also leads a portfolio of projects and initiatives in Africa and assists in the development and management of projects on land policy and urbanization in Latin America. He leads and collaborates on the development and management of initiatives that focus on a range of themes from land-based fiscal instruments to the fiscal and land policy dimensions of large-scale urban projects to planning regimes and climate change adaptation. Silva is a lecturer at Harvard University’s Graduate School of Design where he has taught a course on urban governance and the politics of planning in developing country contexts and, more recently, land policy and planning for fiscally healthy communities. Silva holds a Ph.D. in city and regional planning from the University of California, Berkeley, a M.S. in planning from the University of Toronto, and a B.A. in political science from Columbia University. 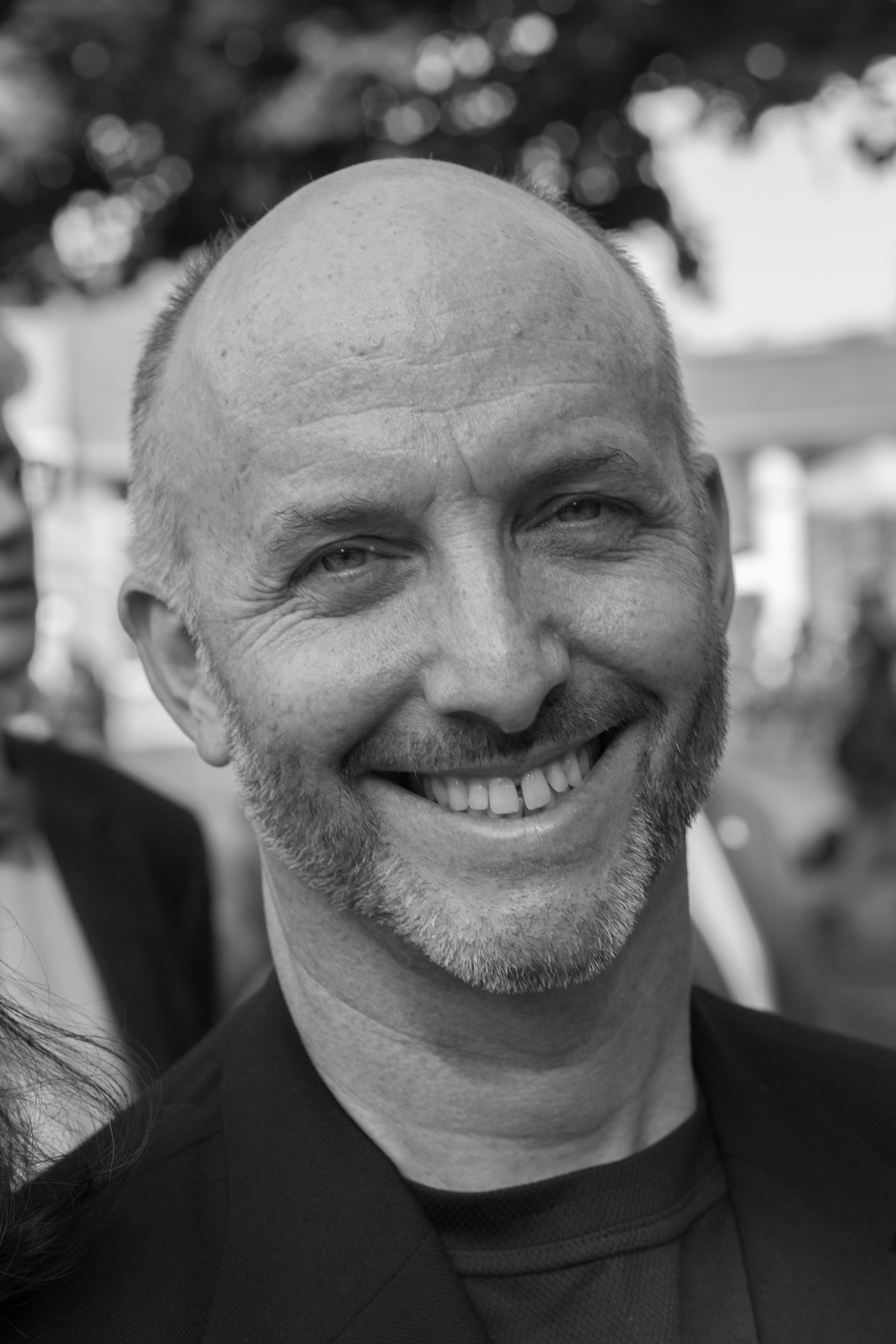 André Sorensen is Professor in the Department of Geography and Planning, University of Toronto. His current research examines urban institutions, institutional change, and temporal processes in urbanization and urban governance from a comparative and historical institutionalist perspective, with a focus on urban land and property development, infrastructure management, megacities, and the emergence of increasingly differentiated property and planning systems in urban settings. He has published over 60 papers and chapters, and co-edited 5 books, most recently the International Handbook of Megacities and Megacity-Regions. His monograph ‘The Making of Urban Japan: Cities and Planning from Edo to the 21st Century’ (Routledge 2002) was awarded the book prize of the International Planning History Society in 2004. His paper ‘Taking Path Dependence Seriously’ (2015) published in Planning Perspectives 30 (1)17-38, won the Association of European Schools of Planning Best Paper Award in 2016. 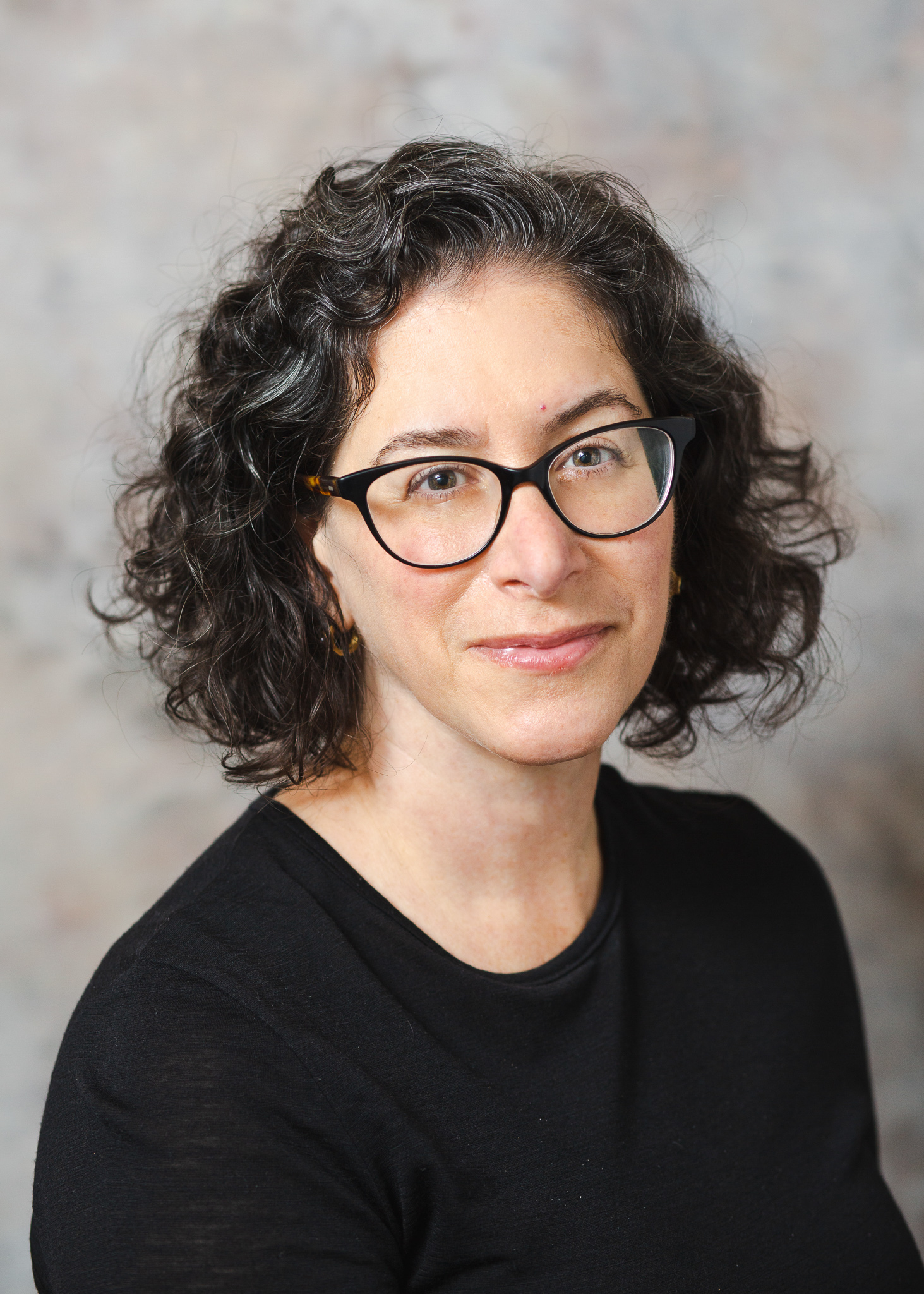 Rachel Weber is a professor in the Urban Planning and Policy Department at the University of Illinois at Chicago where she teaches courses and conducts research in the fields of economic development, real estate, urban politics, and public finance.  She is the co-editor of the Oxford Handbook of Urban Planning, a compilation of 40 essays by leading urban scholars. Her latest book, From Boom to Bubble: How Finance Built the New Chicago (University of Chicago Press) won the Best Book Award from the Urban Affairs Association in 2017. She is the author of over 45 peer-reviewed journal articles, as well as numerous book chapters and published reports. In addition to her academic responsibilities, she has served as an advisor to planning agencies, political candidates, and community organizations on issues related to financial incentives, property taxes, and neighborhood change. She was appointed to then-presidential candidate Barack Obama’s Urban Policy Committee in 2008 and by Chicago Mayor Rahm Emanuel to the Tax Increment Financing Reform Task Force in 2011. 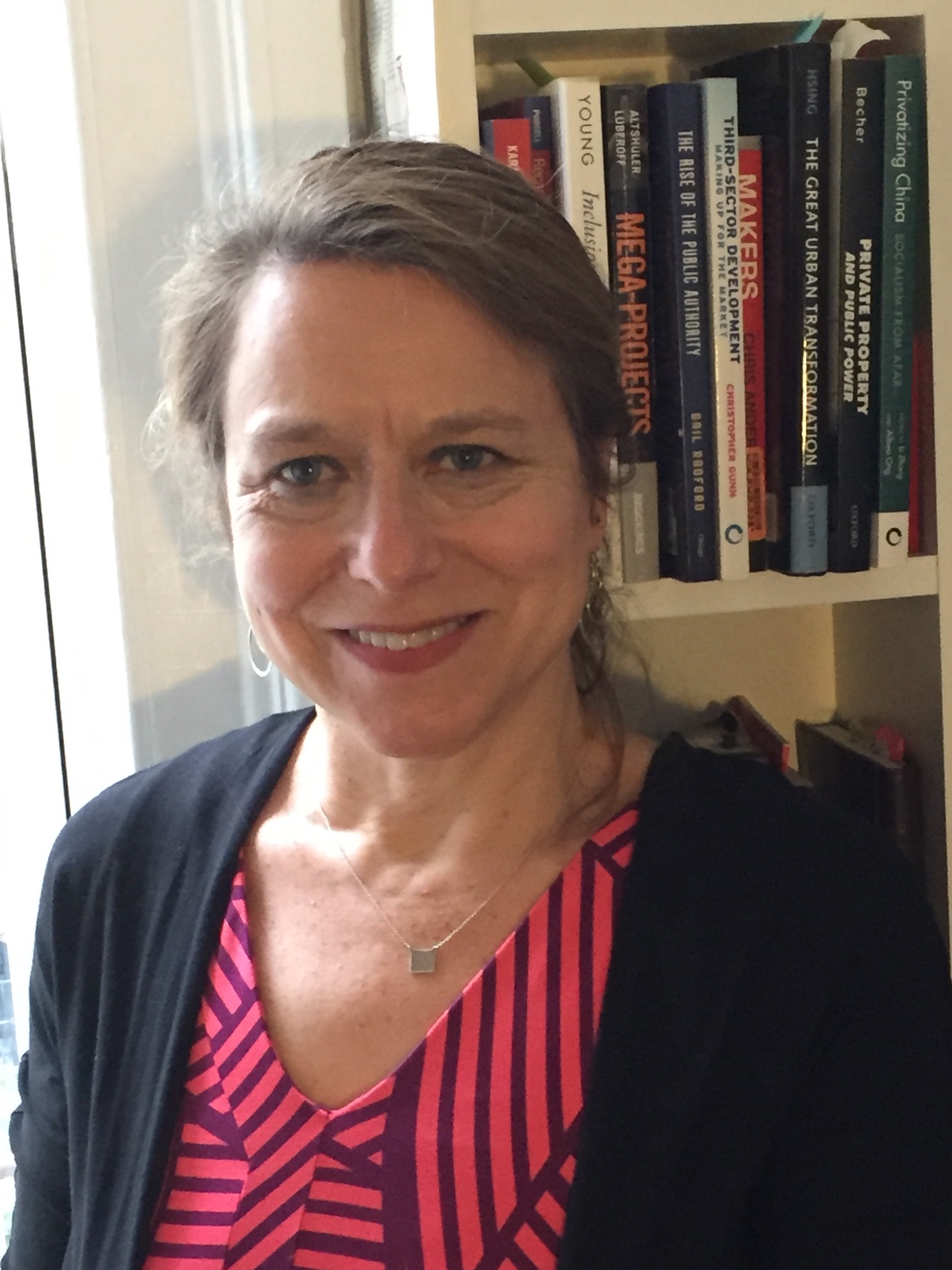 Laura Wolf-Powers is an Associate Professor of Urban Policy and Planning at Hunter College, part of the City University of New York. She has been teaching economic and community development to graduate students since 2002, publishing extensively in academic journals and for practitioner audiences. Recent research projects include a critical examination of land value capture practice with an eye to harnessing value capture for reparative interventions; work on the implications of the “maker movement” for urban economic development policy; and University City: History, Race, & Community in the Time of the Innovation District, a book about university-led redevelopment and neighborhood change in West Philadelphia in two eras. She serves on the editorial boards of Metropolitics and of the Journal of the American Planning Association and as an academic advisor to the Urban Manufacturing Alliance, the Pratt Center for Community Development, and the Western Queens Community Land Trust. 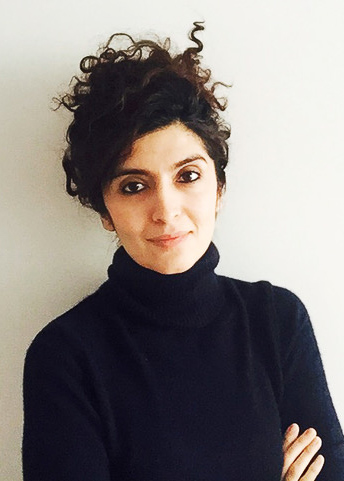 Şevin Yıldız is an assistant professor in the Urban Planning and Policy Department at the University of Illinois at Chicago where she researches ecological planning and urban design, spatial planning, climate change and global urbanization. She is currently finishing her book manuscript on the investigation of planning field’s changing conceptualizations of fringe ecology in the New Jersey Meadowlands. Her publications explore how ecological design and planning ideas conceptualize and negotiate values and norms in metropolitan regions that have expanded on fringe ecosystems. Her latest work looks at the long-range planning of ecotones in Mumbai, Amsterdam, Tokyo, and New York. She has been leading a Chicago River studio, working on issues of climate adaptability and infrastructure retrofitting. She also serves on the Chicago DPD’s River Ecology Task Force since 2020.